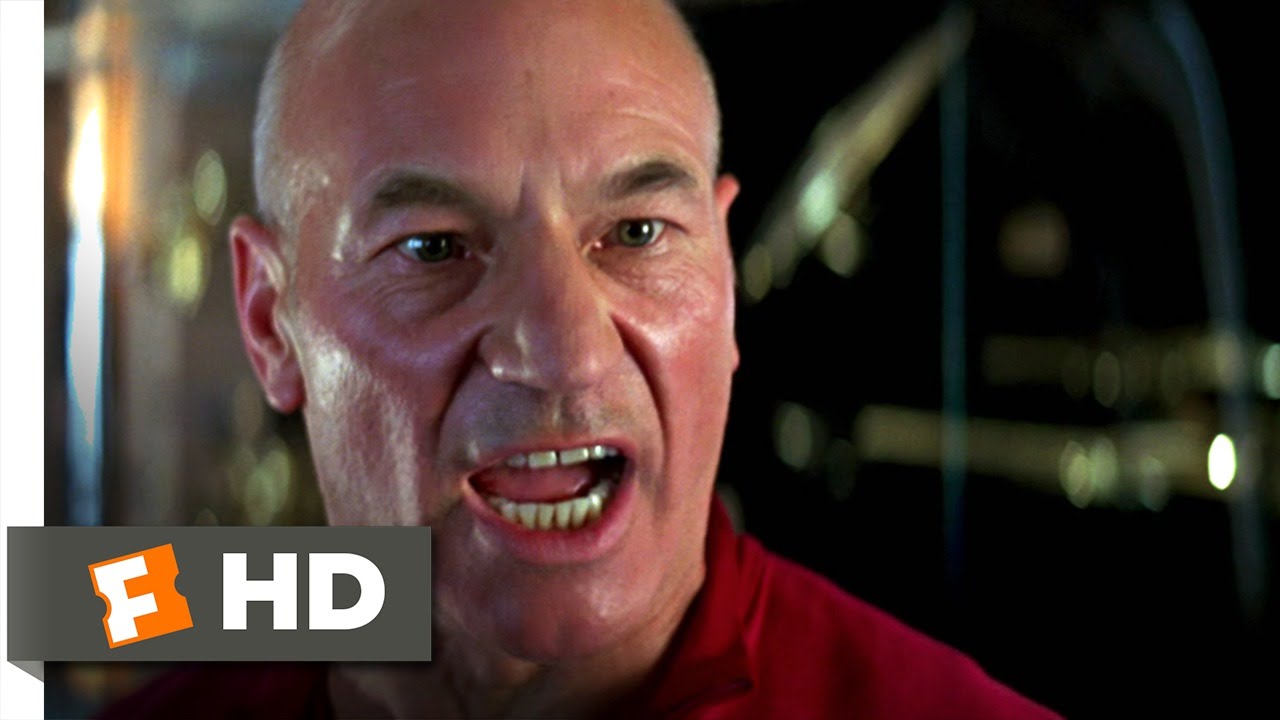 CLIP DESCRIPTION:
Picard (Patrick Stewart) makes his case for vengeance against the Borg.

FILM DESCRIPTION:
The first “Trek” film to feature the cast of the Star Trek: The Next Generation TV series without any of the members of the original series, this action-packed hit was well received at the box office. The Federation comes under attack by its ongoing enemy, the Borg, a cybernetics-enhanced race that once kidnapped Captain Jean-Luc Picard (Patrick Stewart), “assimilating” him into a drone. As a former prisoner of the Borg, Picard is ordered to stay out of the new battle, but he cannot resist and orders the brand-new starship Enterprise into the fray. The Enterprise follows the only surviving Borg ship through a time tunnel, where they intend to conquer Earth in an earlier era. The Borg have targeted the work of Zefram Cochrane (James Cromwell), inventor of warp drive, the device that makes interplanetary travel possible. As the Enterprise crew attempts to stop the Borg from interrupting the work of Cochrane and his assistant, Lily (Alfre Woodard), Borg drones invade the Enterprise and take it over piece by piece, while Data (Brent Spiner) is captured and seduced by the Borg Queen (Alice Krige).

WHO ARE WE?
The MOVIECLIPS channel is the largest collection of licensed movie clips on the web. Here you will find unforgettable moments, scenes and lines from all your favorite films. Made by movie fans, for movie fans.