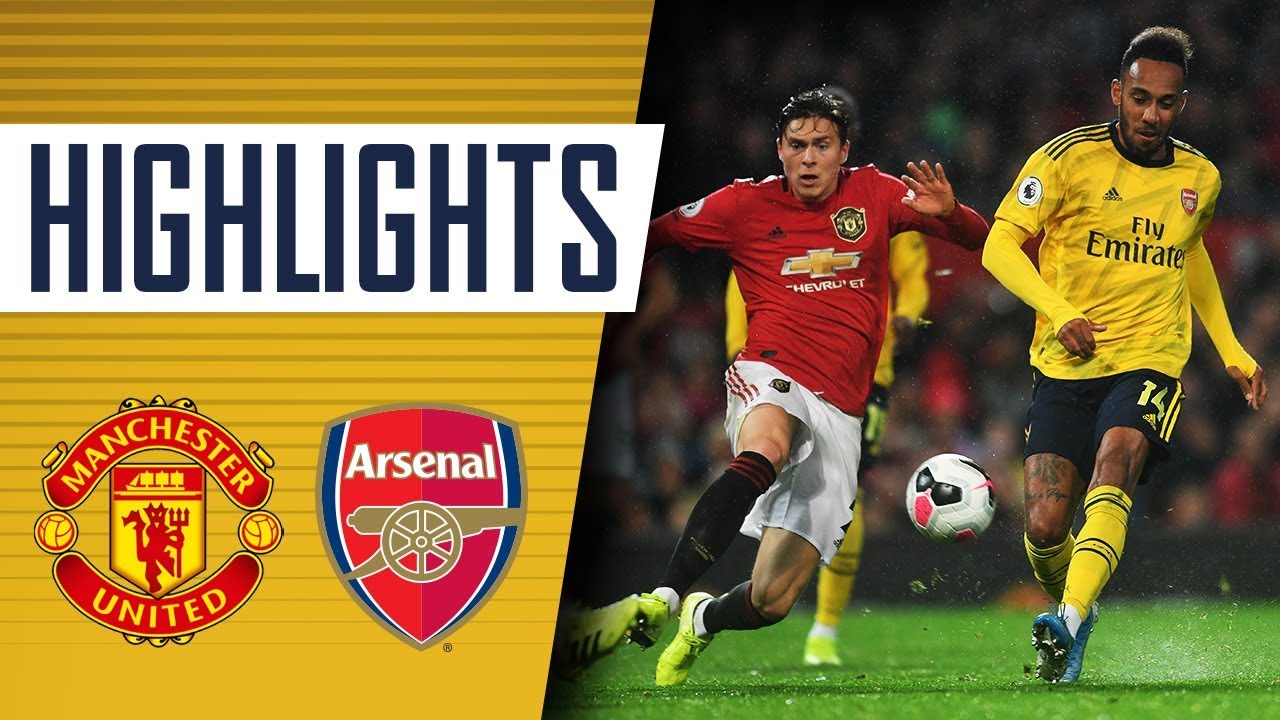 Pierre-Emerick Aubameyang’s seventh goal of the season earned us a deserved point against our old rivals.

Scott McTominay gave Manchester United the advantage, but Aubameyang’s cool finish pegged them back in the second half.

A forgettable first half came to life right at the death, David de Gea denying Bukayo Saka and Matteo Guendouzi in quick succession after the teenager went through on goal.

It proved an important moment – United cleared the resulting corner and went straight down the other end to open the scoring. McTominay did the damage with a rasping shot into the roof of the net.

That was hard to swallow, but we went up a gear after the break and deservedly levelled thanks to the prolific Aubameyang – and VAR.

Axel Tuanzebe was United’s culprit, giving the ball straight to Saka 25 yards from goal. He calmly played in Aubameyang and our top scorer nonchalantly lifted the ball over De Gea.

The offside flag originally ruled out the goal, but a quick check from referee Kevin Friend saw the decision reversed. The away fans were made to wait, but their belated celebration was no less boisterous.

Moments later Saka saw a close-range shot flick up and just over off Victor Lindelof, following a strong run down the right from Calum Chambers.

It was a real let-off for United, but in fairness they fought back and we needed Leno’s reflexes to deny Harry Maguire and Marcus Rashford.