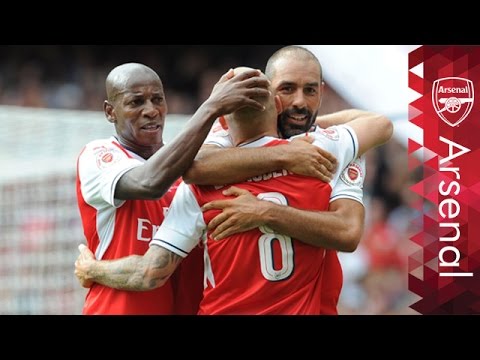 Arsenal Legends and Milan Glorie roll back the years

Arsenal Legends beat Milan Glorie 4-2 on an unforgettable afternoon of football in aid of The Arsenal Foundation.

There was a hat-trick from Nwankwo Kanu and goals from Robert Pires and Christian Vieri.

Off the pitch – the game will see The Arsenal Foundation donate £1 million to build football pitches in Jordan, Somalia and here in north London.

This is the Official YouTube channel for Arsenal Football Club. This channel will aim to showcase the personality of Arsenal Football Club and give fans more of an insight into what it’s like to be at this fantastic club. This channel will look behind the scenes and get closer to the likes of Alexis Sanchez, Danny Welbeck, Theo Walcott, Wojciech Szczesny, Jack Wilshere, Mikel Arteta, Olivier Giroud, Santi Cazorla and more.