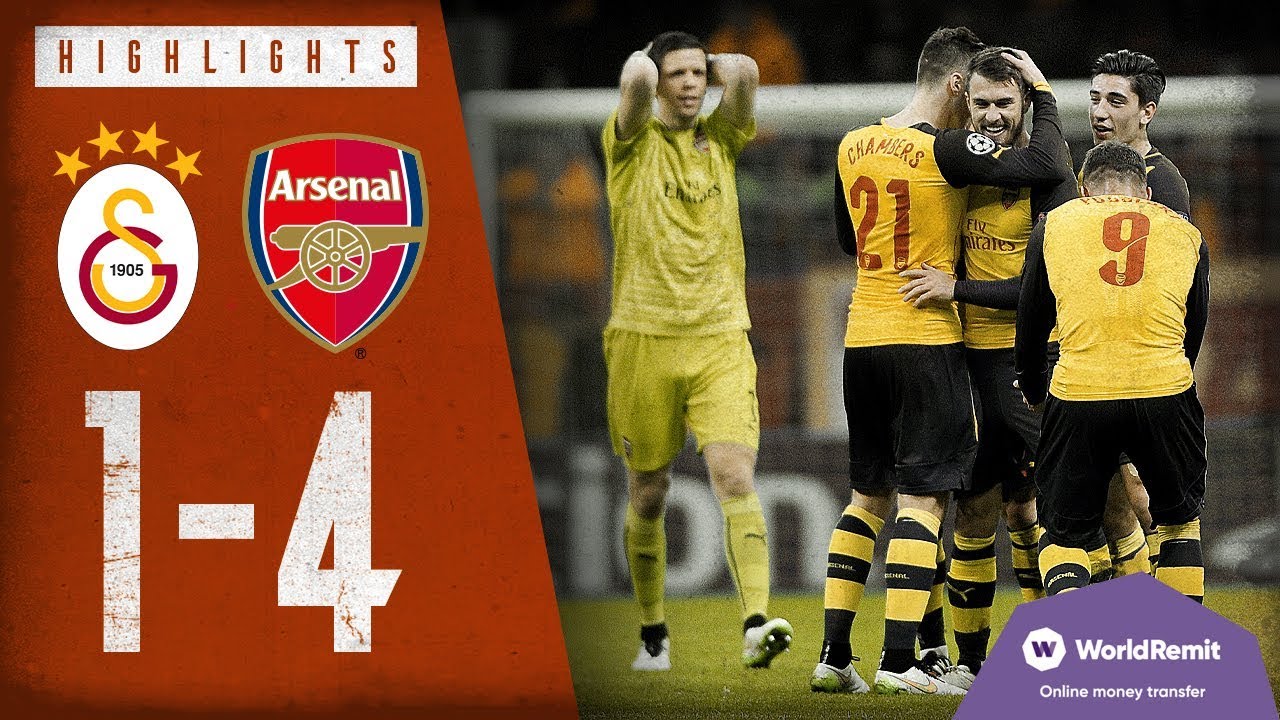 Aaron Ramsey scored a stunning 35-yard goal on a the way to a convincing win over Galatasaray in the Champions League.